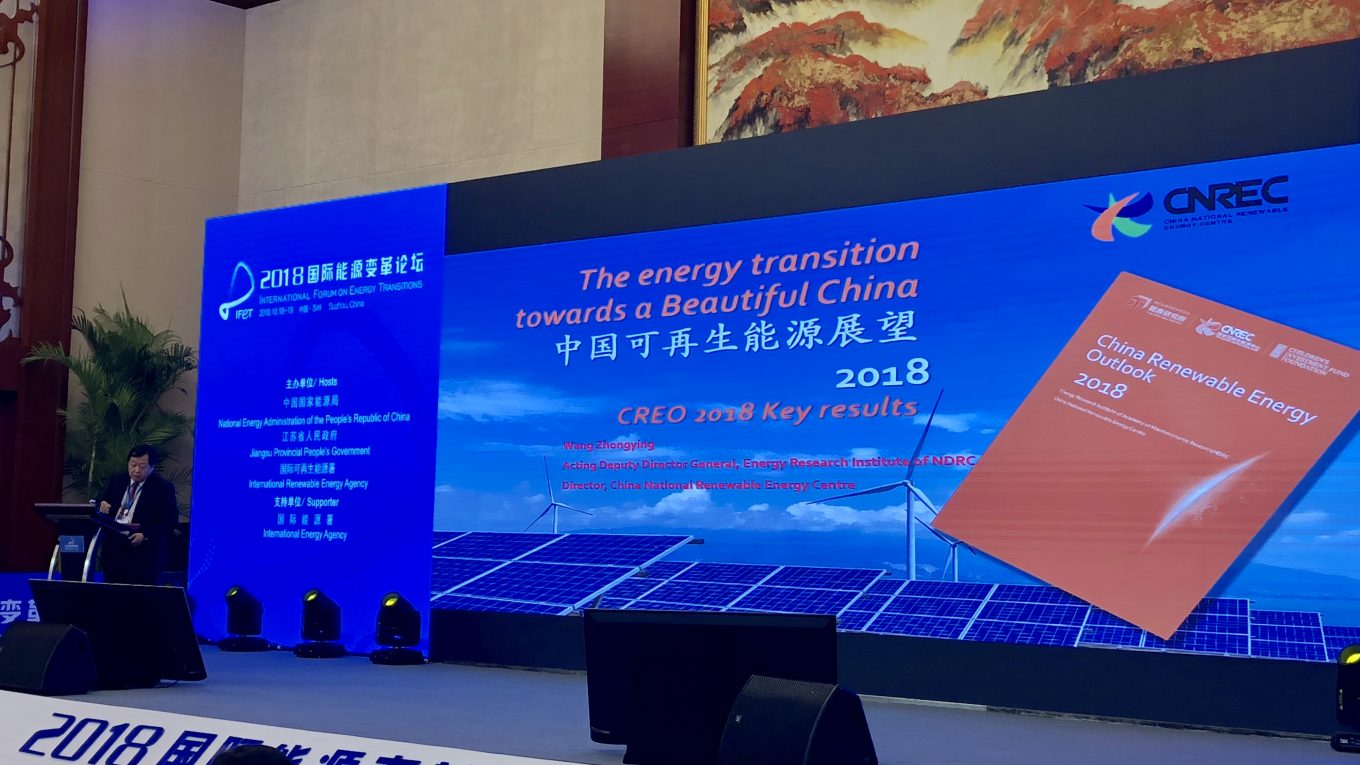 China Renewable Energy Outlook 2018 was released on the International Forum on Energy Transitions, held
in Suzhou, on October 18th. Key messages of CREO 2018 are:

Mr. Wang Zhongying, Acting Deputy Director General of the Energy Research Institute of National Development and Reform Commission (ERI of NDRC), previewed several CREO findings, in particular under the Below 2 Degree scenario. Clean, low‐carbon, secure, efficient and cost effective consumption are the five goals for renewable energy which differ between the Stated Policies scenario and the Below 2 Degrees scenario. “In order to achieve the Below 2 Degrees scenario, the government still has to deepen the revolution of current renewable energy policies, accelerate the revolution of state‐owned energy industries, and promote solar PV and wind power development under guidance of the 14th Five‐Year Plan.”