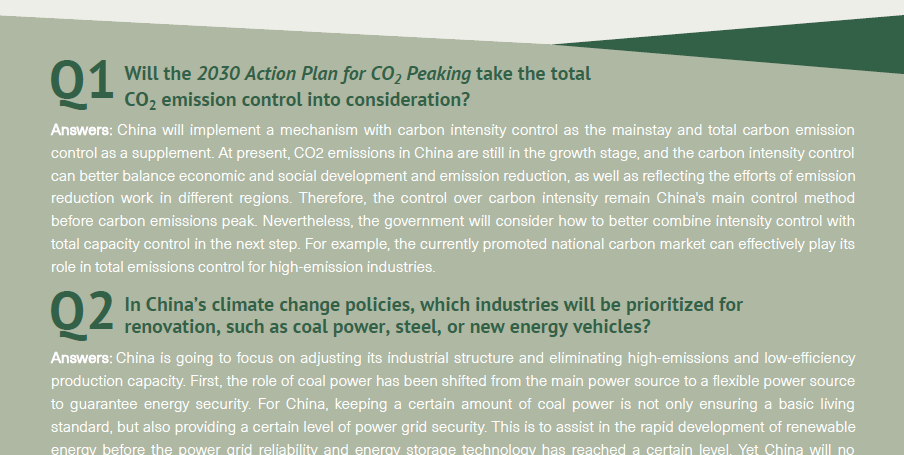 Since China announced the targets of a carbon peak in 2030 and carbon neutrality in 2060 in September 2020, the central government and energy administrative departments have held a series of public meetings to deploy specific action plans. Issues such as ecological civilization, energy conservation and environmental protection have also been reiterated in addition to the development of renewable energy.

On 21 April, 2021, the Information Office of the State Council gave a news brie􀊱ng on how the government plans to handle climate change. In the brie􀊱ng the Department of Climate Change of the Ministry of Ecology and Environment (MEE) responded to public concerns.