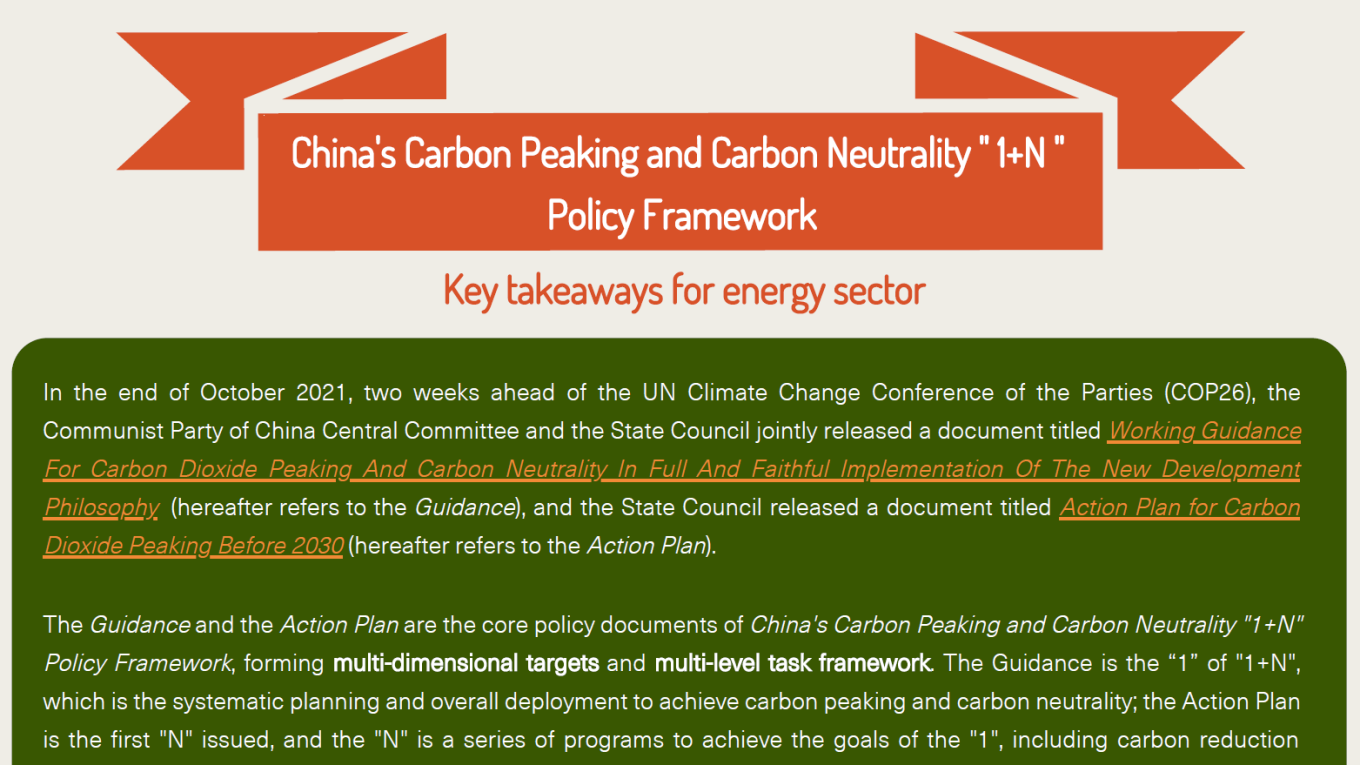 In the end of October 2021, two weeks ahead of the UN Climate Change Conference of the Parties (COP26), the Communist Party of China Central Committee and the State Council jointly released a document titled Working Guidance For Carbon Dioxide Peaking And Carbon Neutrality In Full And Faithful Implementation Of The New Development Philosophy (hereafter refers to the Guidance), and the State Council released a document titled Action Plan for Carbon Dioxide Peaking Before 2030 (hereafter refers to the Action Plan).

The Guidance and the Action Plan are the core policy documents of China’s Carbon Peaking and Carbon Neutrality “1+N” Policy Framework, forming multi-dimensional targets and multi-level task framework. The Guidance is the “1” of “1+N”, which is the systematic planning and overall deployment to achieve carbon peaking and carbon neutrality; the Action Plan is the first “N” issued, and the “N” is a series of programs to achieve the goals of the “1”, including carbon reduction programs, carbon peaking implementation programs by sector and industry, as well as guarantee programs. The issuance of the two documents means that the most core part of “1+N” has been completed, and China will enter stage of the substantive implementation.