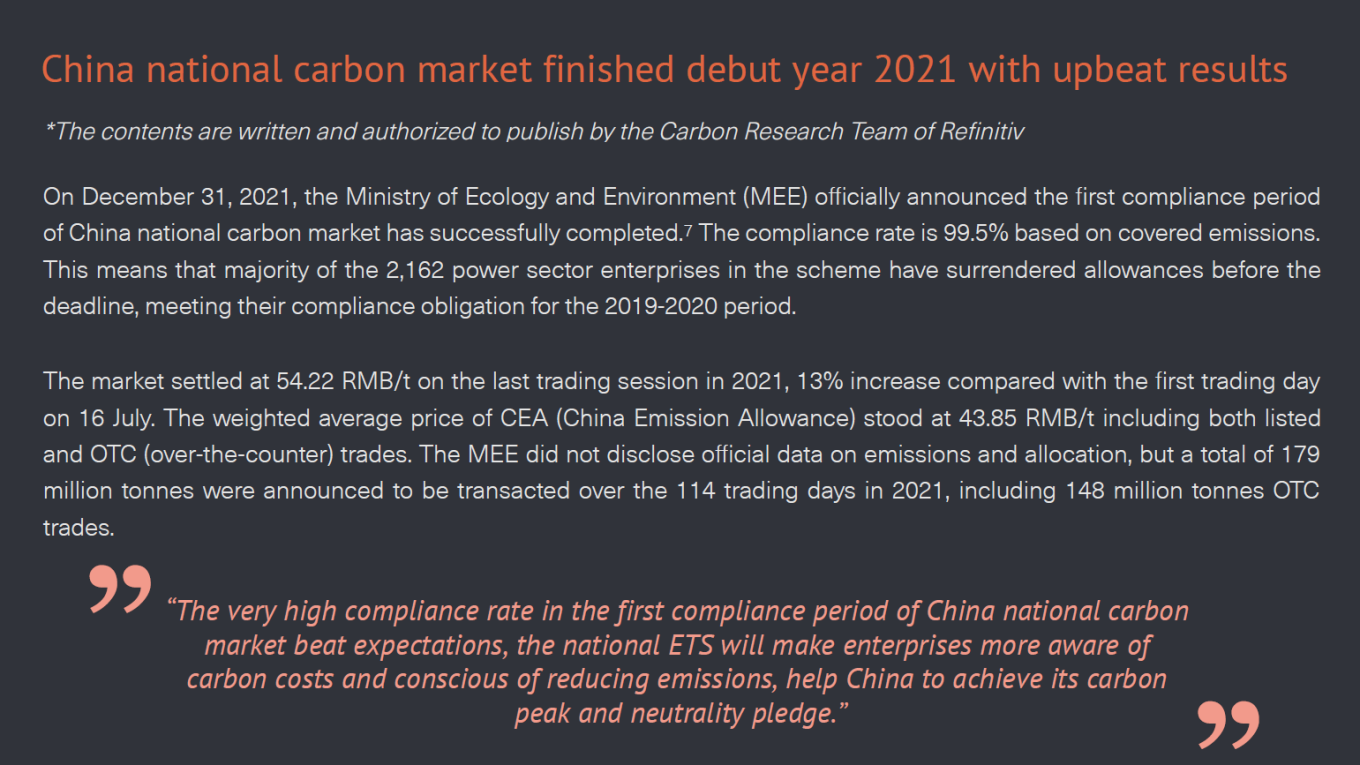 On December 31, 2021, the Ministry of Ecology and Environment (MEE) officially announced the first compliance period of China national carbon market has successfully completed. The compliance rate is 99.5% based on covered emissions. This means that majority of the 2,162 power sector enterprises in the scheme have surrendered allowances before the deadline, meeting their compliance obligation for the 2019-2020 period.

The market settled at 54.22 RMB/t on the last trading session in 2021, 13% increase compared with the first trading day on 16 July. The weighted average price of CEA (China Emission Allowance) stood at 43.85 RMB/t including both listed and OTC (over-the-counter) trades. The MEE did not disclose official data on emissions and allocation, but a total of 179 million tonnes were announced to be transacted over the 114 trading days in 2021, including 148 million tonnes OTC trades.

Although it is witnessed that over 70% of total transaction volume was achieved in the last month before the compliance deadline and the price raised up by 25%, the settlement price of the last trading session did not increase significantly compared with the first day. This reflects that the total issued allowances in the first compliance period are generous and result in slight surplus. China’s regulators are now discussing whether to tighten the scheme further and reducing the benchmarks significantly in 2022, in despite of this, there is still some clouds on the horizon. As there is lack of clarity over the more strengthened ETS regulation, 2021 allocation plan and benchmark, restart of CCER scheme etc.