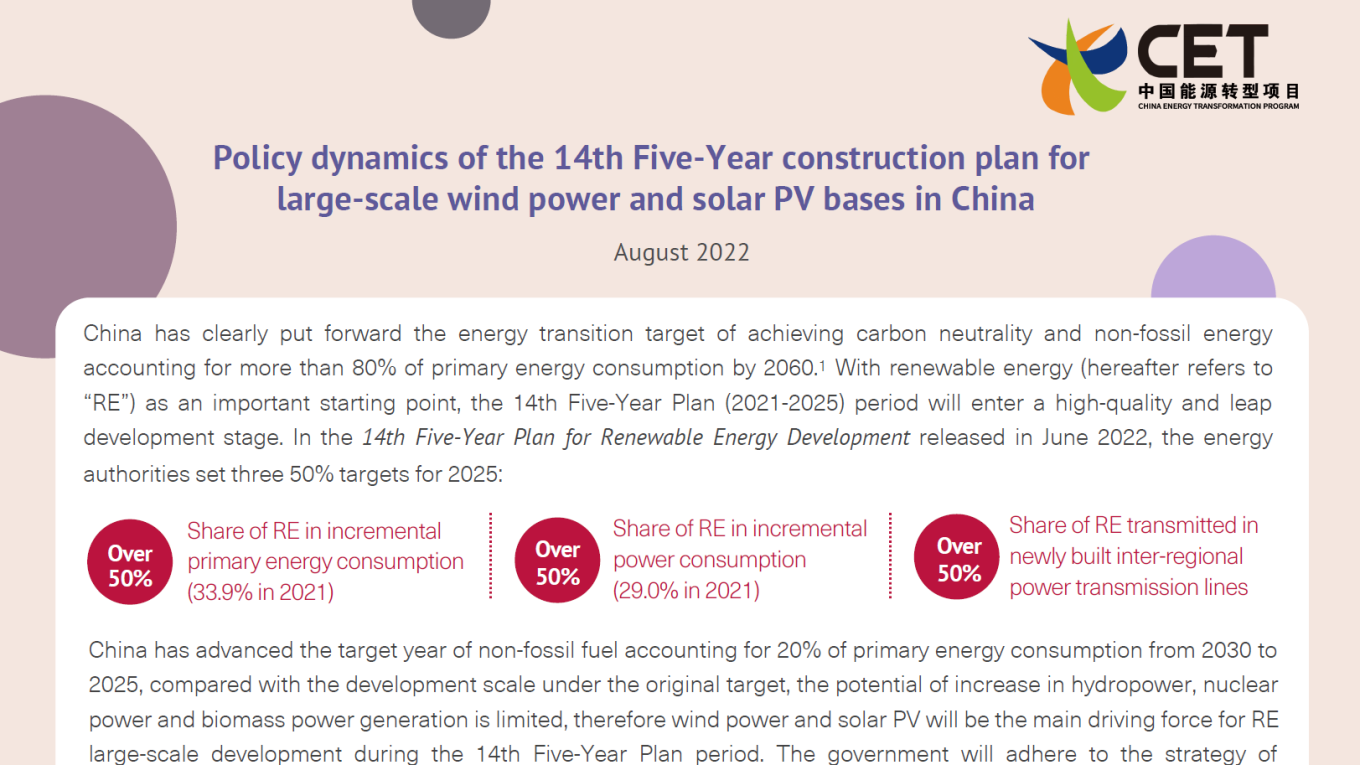 Entering the 14th Five-Year Plan period, the central government, the State Council, the NDRC, and other departments have successively issued documents to gradually refine the wind power and solar PV development roadmap and clarify key tasks. In terms of accelerating large-scale development, the government has planned 14 comprehensive energy bases with large-scale wind power and solar PV power generation as the core, including nine onshore bases and five offshore bases, covering 19 provinces. Among which the Three-North deserts and Gobi areas are the core tasks required by the government to accelerate the planning and construction of onshore large-scale wind power and solar PV bases (hereinafter referred to as “the base“), while the Southwest will focus on the construction of wind-solar PV-hydro bases.

In November 2021, the NDRC released the first batch of base list, the details are shown in the table below. The list focuses on the construction of bases in desert and Gobi areas for the next two years (i.e. 2022-2023), covering a wide range of areas and a clear technical route. Later in March 2022, the NDRC further announced a strategic base deployment plan with 450 GW of total installed capacity target towards 2030. By July 2022, the construction of the first batch of bases has now been fully started, and it is planned to be fully operational by the end of 2023. Meanwhile, the energy authorities have announced the project list for the second batch of bases which are mainly distributed in desert and Gobi areas of Inner Mongolia, Ningxia, Xinjiang, Qinghai and Gansu. These provinces are now carrying out relevant preliminary work.