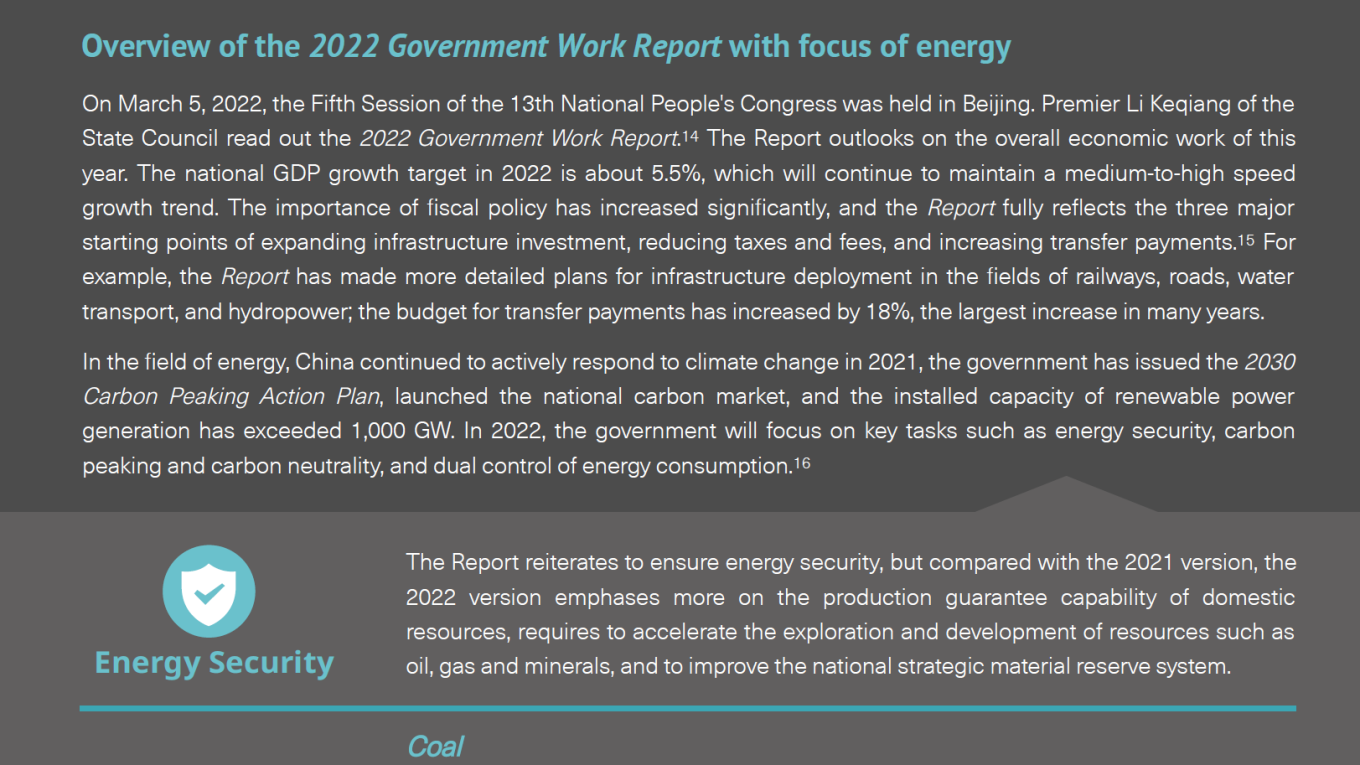 On March 5, 2022, the Fifth Session of the 13th National People’s Congress was held in Beijing. Premier Li Keqiang of the State Council read out the 2022 Government Work Report. The Report outlooks on the overall economic work of this year. The national GDP growth target in 2022 is about 5.5 %, which will continue to maintain a medium-to-high speed growth trend. The importance of fiscal policy has increased significantly, and the Report fully reflects the three major starting points of expanding infrastructure investment, reducing taxes and fees, and increasing transfer payments. For example, the Report has made more detailed plans for infrastructure deployment in the fields of railways, roads, water transport, and hydropower; the budget for transfer payments has increased by 18%, the largest increase in many years.

In the field of energy, China continued to actively respond to climate change in 2021, the government has issued the 2030 Carbon Peaking Action Plan, launched the national carbon market, and the installed capacity of renewable power generation has exceeded 1,000 GW. In 2022, the government will focus on key tasks such as energy security, carbon peaking and carbon neutrality, and dual control of energy consumption.