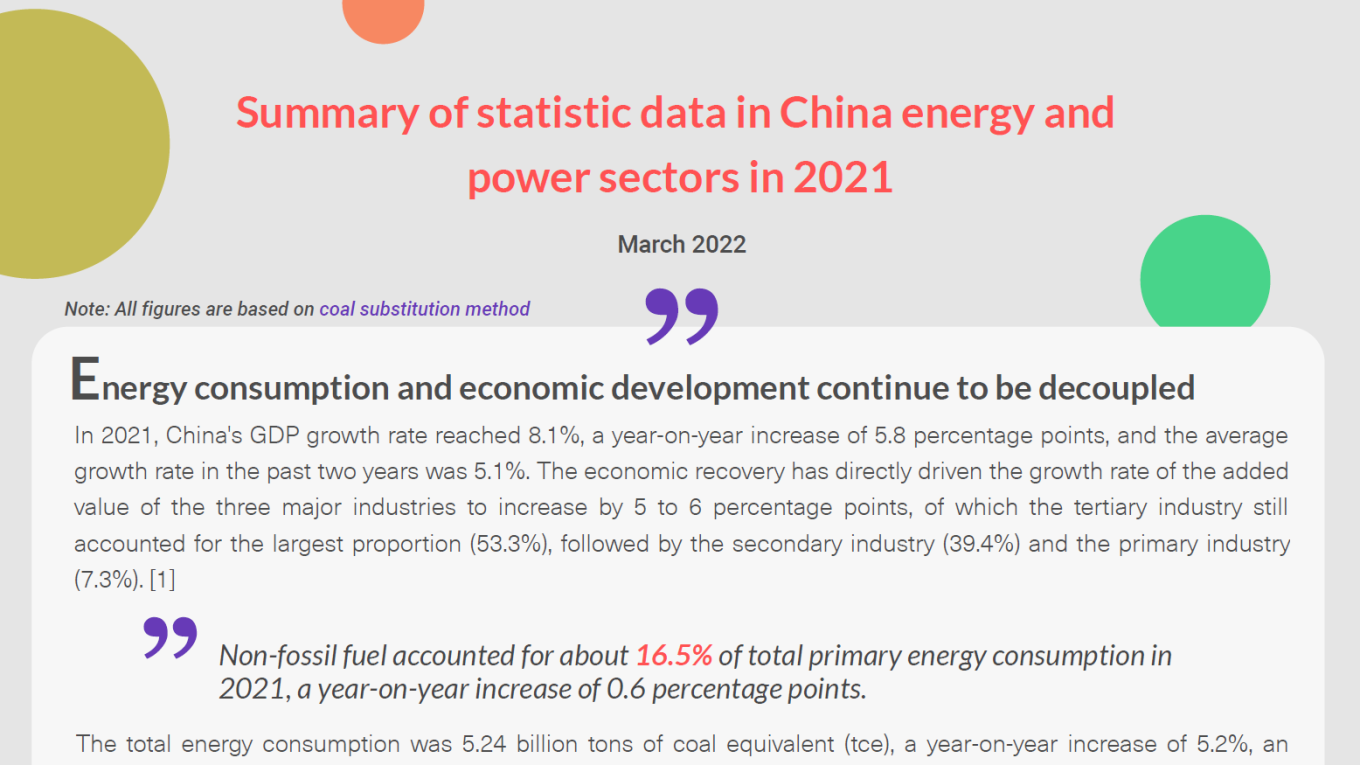 Driven by the continuous recovery of the economy and the rapid growth of exports, the annual electricity consumption of China in 2021 reached 8,313 TWh, a year-on-year increase of 10.3%, and an increase of 7.2 and 5.8 percentage points compared with 2020 and 2019 respectively.

The power balance of China was generally tight in 2021, therefor a stable electricity supply will be the industry’s top priority in 2022. According to the forecast of the China Electricity Council (CEC), considering factors such as economic development and electrification process, it is expected that the year-on-year growth of total electricity consumption will reach 5%-6% in 2022, which is the same level as that in 2019. Driven by the rapid development of new energy, the installed capacity of non-fossil fuel power is expected to account for 50% of the total installed capacity for the first time, reaching 1,300 GW.