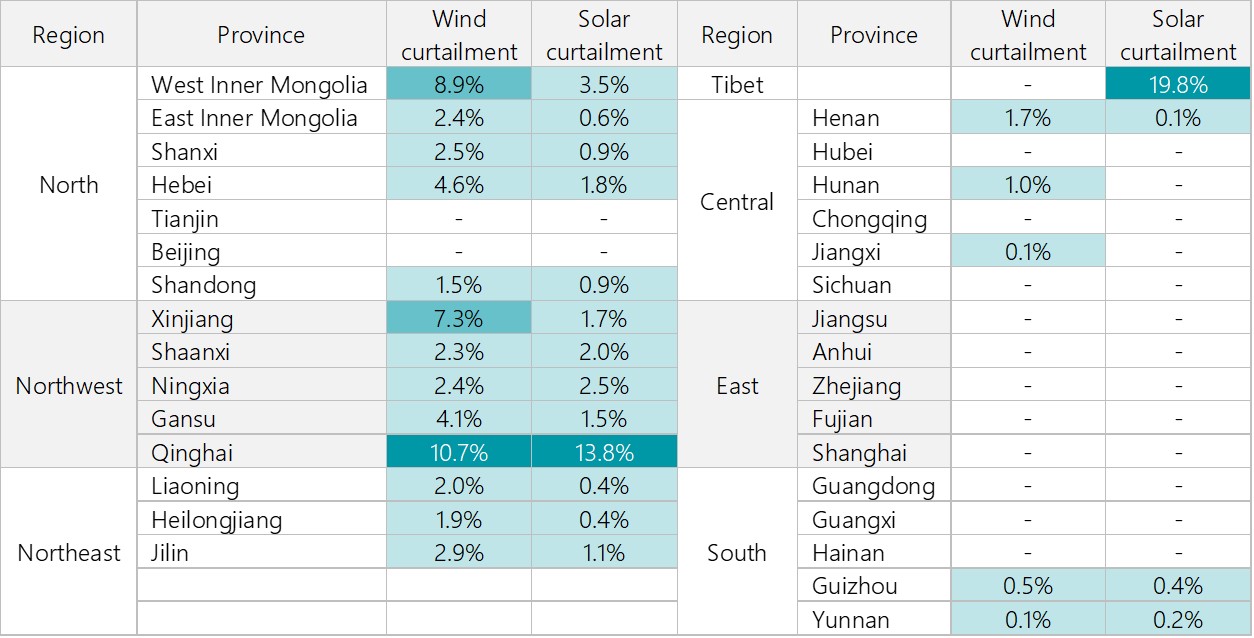 The wind and solar curtailment have been effectively controlled

In 2021, the national average wind curtailment rate was 3.1% and the solar curtailment rate was 1.8%, both lower than the control target of 5%. Regionally, although Xinjiang and Tibet still saw some wind and solar consumption problems respectively, and Inner Mongolia showed a slightly increase in both wind and solar curtailment rates, the overall renewable power consumption conditions have been improved in these provinces mainly due to the tight power supply and high coal cost in the second of 2021. The only exceptional province is Qinghai whose curtailment issues became severe in 2021. This is because the operating conditions of the Qinghai- to-Henan inter-regional power transmission line no longer meet the power export requirements after a large number of local new wind power and solar PV projects connected to the grid at the end of 2020.

Wind and solar curtailment rates by province in 2021