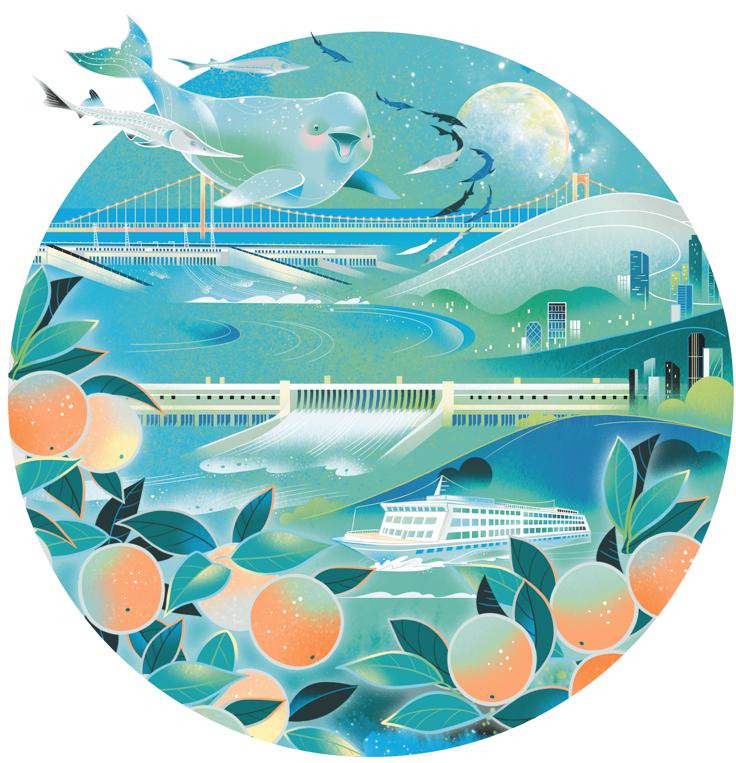 Han Wenke – The former director of the Energy Research Institute of the National Development and Reform Commission.

The middle and lower reaches of the Yangtze River are in the grip of a drought unseen in decades, with extreme heat causing serious water shortage in many areas. What’s worse, Sichuan province and Chongqing municipality could face more extreme weather events including floods after long days of drought.

Long spells of extreme heat have caused the underground water table as well as rivers, lakes and streams to shrink, leading to droughts or drought-like situations in many areas. So maintaining agricultural, even industrial, production has become a daunting challenge for the authorities, especially because in some places, local authorities have had to provide residents with water for drinking and cooking.

In the face of such unprecedented challenges, the task of the authorities is to first secure water supply for residents in the Yangtze River basin and prevent further deterioration of the ecological environment.

The hydropower station and dam officials in the Yangtze River basin should shoulder the responsibility of replenishing the lakes and reservoirs in the middle and lower reaches, so people in those areas can get access to enough water. In times of natural disasters such as droughts and extreme heat, regular water supply and conservation of water sources should be the top priority of hydropower facilities. And local water conservancy and hydropower station officials have been doing so.

However, certain cities and areas have been facing power shortage during the summer, the peak period of electricity consumption. Before the beginning of summer each year, government departments such as the National Energy Administration, the State Grid and China Southern Power Grid, as well as other electricity suppliers have all devised response plans.

But high temperatures and the extremely dry weather in the middle and lower reaches of the Yangtze River have led to increased electricity consumption this summer, necessitating the generation of more electricity. To meet such challenges, the power industry should mobilize all the resources at its disposal, including coal, gas, nuclear, wind and solar power, as well as hydropower, to ensure undisrupted power supply. And power grids at all levels should use flexible methods to ensure undisrupted electricity supply to both industries and households.

Therefore, the water supply and power generation functions of the Yangtze River water conservancy project and hydropower system need to be improved through a scientifically established system in which they complement and support each other.

There is also a need to establish a more effective, but flexible, system for the protection and use of water resources in the entire Yangtze River basin, and ensure that water is used to sustain or improve people’s livelihoods, maintain or boost industrial or agricultural production, and better protect the ecology. Developing the rich hydropower resources has long been a focus of water-based projects in the Yangtze River basin, but such projects have already been completed.

So more attention should be paid to ensure that water is used to better protect the ecology or improve people’s livelihoods through scientific, eco-friendly design and construction of reservoirs and other projects.

Moreover, the construction of new wind and solar power projects should be expedited and measures taken to ensure the excess electricity generated by them can be “stored” for later use, as well as use more non-hydropower to meet the industrial and agricultural demands for clean electricity.

The views don’t necessarily represent those of China Daily.

Repost from the China Daily: