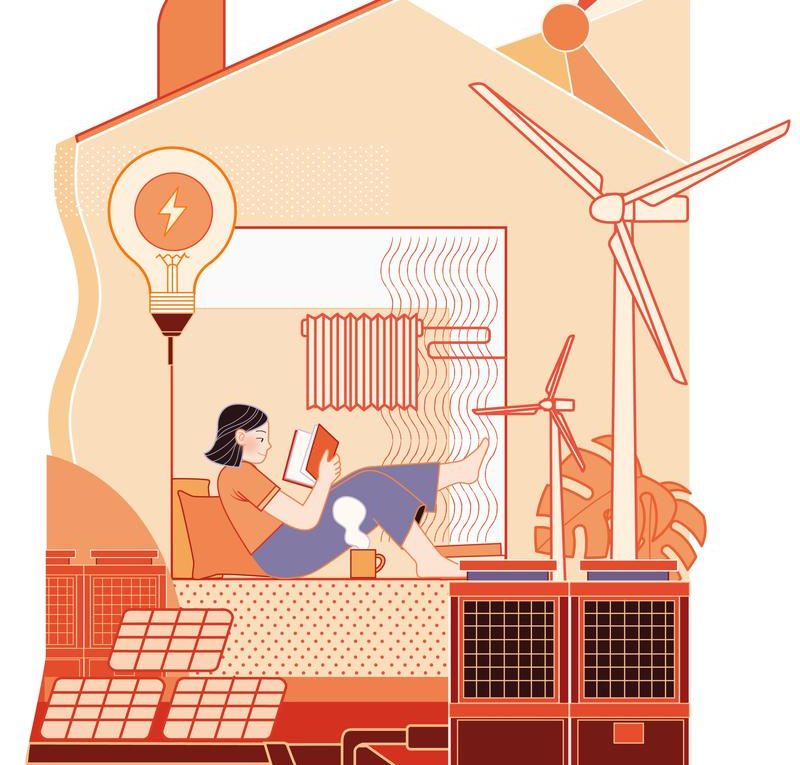 Han Wenke – The former director of the Energy Research Institute of the National Development and Reform Commission.

Replacing fossil fuels with clean energy has become an irreversible trend in China, and with the introduction of a series of policies to peak its carbon emissions before 2030 and achieve carbon neutrality before 2060, its low-carbon energy transformation is constantly accelerating.

That shows that energy transformation, which is part of efforts to actively respond to climate change, is gaining momentum in China.

Because of the amount of land, labor, capital, and entrepreneurship that it possesses and can exploit for manufacturing, its status as a developing country, and its stage of development, China remains the world’s largest producer and consumer of fossil fuels. However, as climate change and energy issues are becoming more of a challenge, China is upholding energy transformation with a revolutionary zeal.

After President Xi Jinping proposed vigorously promoting an energy production and consumption revolution in 2014, China has accelerated reforms on the energy supply side and consumption side, upgraded its energy technology and energy system, and accelerated the green and low-carbon transformation of China’s industrial sectors and the entire economy.

Last year, China introduced the 1+N policy system — “1” being a master guideline issued by the central authorities, and “N” standing for specific action plans or policies for different industrial sectors — to achieve carbon peaking before 2030 and carbon neutrality before 2060. To realize these goals, the country has released action plans for an energy green transformation initiative, industrial carbon peak initiative, green transportation low-carbon action, circular economy carbon reduction actions and other key areas and implementation plans to peak emissions in various industries, as well as a series of supporting measures.

At the same time, some qualified urban and rural areas have implemented energy-saving renovation of old houses to improve the insulation, build energy efficiency, and correspondingly reduce the heat energy demand for winter heating.

In some remote areas, replacing coal-fired heating with electric heating has also effectively improved the local ecology. For example, Sanjiangyuan, which means the source of three rivers, in Northwest China’s Qinghai province is the highest and biggest plateau wetland in the world, and it is also an important water conservation site. For a long time, locals there have relied on burning coal and cow dung for heating, which, apart from low energy efficiency and heating quality, was also causing pollution. So the Sanjiangyuan Clean Heating Construction and Renovation Project was launched in May 2020. Under a pilot project, implemented gradually, traditional coal-fired soil boilers were gradually transformed into efficient and clean electric boilers. Qinghai province has also implemented clean heating in public places such as schools and rural pastoral areas.

As China vigorously promotes its energy transformation to achieve its dual carbon goals, the building area of such clean heating systems will expand. Among the sources for regional central heating, the heat pump technology that is largely applied in China in recent years will play a dominant role. Heat pumps will replace fossil fuel-based boilers and, combined with electricity, make the central heating system green and low-carbon.

In short, with energy transformation, the use of energy will be more efficient, clean, affordable and convenient.

The views don’t necessarily represent those of China Daily.

Repost from the China Daily: